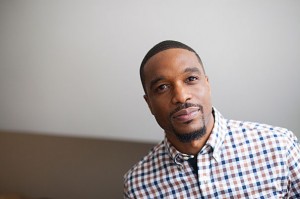 The Wenner-Gren Foundation and the University of Chicago Press are delighted to announce the selection of Laurence Ralph to serve as Current Anthropology’s next editor.  As of January 1, 2019, he will succeed Mark Aldenderfer, the journal’s current editor, who has led the journal with wisdom and vision for the past ten years.

Currently a Professor of Anthropology and African American Studies at Harvard University, Ralph earned his doctorate in Anthropology from the University of Chicago and a Bachelor of Science degree from Georgia Institute of Technology where he majored in History, Technology, and Society. Ralph has a diverse set of research interests, which include urban anthropology, medical anthropology; the study of gangs, disability, masculinity, race, and popular culture.

Ralph brings to Current Anthropology a wealth of editorial experience. He has served on the editorial boards of American Anthropologist and Transitions and as a reviewer for many of the major journals and presses in anthropology and related fields.  He is known for his achievements as Associate Editor of Transforming Anthropology, the flagship journal of the Association of Black Anthropologists.  In this role, Ralph acted as a liaison between authors and reviewers and participated in the curation of content for Transforming Anthropology. He was instrumental in putting the journal on firm footing, raising over $300,000 to fund a managing editor and field office and to found an editorial internship program that involves doctoral students in projects designed to enhance the journal’s public presence.

Ralph’s first book, Renegade Dreams: Living Through Injury in Gangland Chicago, earned him a long list of accolades, including the C. Wright Mills Award from the Society for the Study of Social Problems (SSSP) and honorable mentions from Society for Cultural Anthropology’s Gregory Bateson Prize, the American Ethnological Society’s Sharon Stephens First Book Prize, and the Society for Humanistic Anthropology’s Victor Turner Book Prize Competition.  Ralph’s latest book, Torture Trees: Police Violence from Chicago to the War on Terror, is forthcoming from the University of Chicago Press.