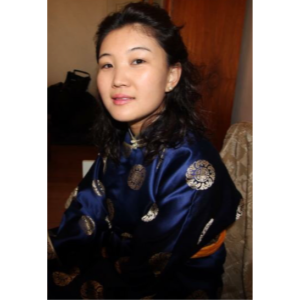 I encountered anthropology in my thirties after I had done my MA in comparative literature. I was born in the former Soviet Union and my memories of childhood are entangled with both the relative stability of late state-socialism and the sudden fall of it. In the years that followed, wealth and fortune replaced old socialist tokens of success that were built around the notions of “yos surtahuuntai baih” (possessing high morals), “hudulmurch” (hard-working) and “soyoltoi seheeten” (cultured and being educated). Money had become an important pursuit in the age of the market as Soviet subsidies were cut off and new sources of income from development and foreign direct investment dictated a new set of pragmatist logic; privatization, liberalization of prices and cuts in state subsidies.

I recall my parents struggling to make ends meet as my mother’s research income was reduced and she was forced to take up a domestic caregiver job. I too worked three years as a live-in caregiver, thus delaying my graduation from university. The cuts in state subsidies had a devastating effect in Mongolia, which continues today. The 1993 privatization engineered by international banks left many women employed in state service and teaching positions vulnerable to the perils of the market economy. The privatization of large state enterprises benefited few and created the current state of wealth inequality. The experiences that I’ve lived have shaped my research interest in post-socialist wealth and how it is constituted by Mongolia’s transitioning from a traditional agrarian feudal society to modern state-socialism, and finally into a democracy with a neoliberal economy.

I am pursuing a PhD at Cambridge where my dissertation will focus on the notion of elite. In countries with advanced bureaucratic democracies with large-scale corporate economies elites are often classified in abstract terms like the “ruling class.” From the point of western democratic thought “elites” pose challenges to the egalitarian ideological framework. Being elite or showing elitist tendencies often have negative connotations in the west. However, in post-socialist countries like Mongolia, I observe how people look up to being elite as a positive character trait. This may have to do with the principle of meritocracy that the Stalinist regime advocated throughout socialist bloc countries following purges of the aristocracy and intelligentsia as a means to create a new “class” and promote them to positions of leadership. I seek to investigate how such positive views emerged and evolved, and assess whether the notion of elite carries the same connotation as in western liberal societies.