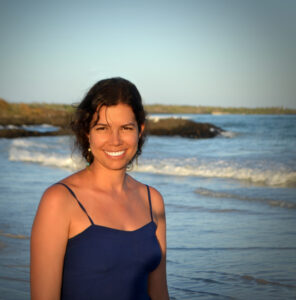 Ireri Ceja Cardenas received her undergraduate degree at the Instituto Tecnológico y de Estudios Superiores de Occidente, ITESO, México, and a Master’s in Visual Anthropology and Anthropological Documentary at Facultad Latinoamericana de Ciencias Sociales, FLACSO Ecuador. Thanks to the Wadsworth International Fellowship she will continue her training with a PhD in anthropology at Federal U. of Rio de Janeiro, Brazil, supervised by Dr. Adrianna de Resende Barreto Vianna.

I am a Mexican researcher in my first year of a PhD program in Social Anthropology at the National Museum (Federal University of Rio de Janeiro, Brazil). In spite of huge budget cuts to education, science and culture, the museum’s anthropology program has maintained its ranking as one of the most prestigious in the region. But on September 2, 2018, the year of the 200th anniversary of the founding of the National Museum and the 50th anniversary of the creation of the Postgraduate Program in Social Anthropology, the museum (housed in San Cristóbal Palace) was consumed by fire. Nearly all of the installations and the historical, artistic, bibliographical and scientific collections perished, and the Social Anthropology Program and its ongoing research activities, teaching and social commitments have been greatly compromised.

By choosing a doctoral program in Brazil my goal is to help create alliances and collaborations between disparate academic traditions in Mexico, Ecuador and Brazil and unite scholars, who despite shared experiences and common histories, rarely have the opportunity to engage in conversation with one another.

After completing my degree in Communication Sciences at the Instituto Tecnológico de Estudios Superiores de Occidente (ITESO, Guadalajara, Mexico), I earned my master’s degree in Visual Anthropology and Anthropological Documentary at the Latin American Faculty of Social Sciences (FLACSO, Quito, Ecuador), an institution I later joined as a researcher and collaborator.

For the past seven years I have been conducting research on migration and forced displacement. I have worked on identity and belonging of Haitian populations on the move following the 2010 earthquake throughout the Andean region, and studied their use of subversion strategies to overcome discrimination and exclusion. I have also studied displaced populations of Colombians residing in Ecuador and access to rights through their Mercosur visas. As an anthropologist I have developed the tools to explore heterogeneities and struggles within disparate categories such as refugee, multilateralism, regional and local integration. I have also applied a critical perspective to issues of violence, borders and smuggling of migrants, along with violations of human rights in the context of security policies and the closing of borders.

My research interests continue to focus on migration and displacement as consequences of “the crisis of civilization” and the Anthropocene and how these trends function in opposition to the control of natural resources and territories in Mexico and Latin America. I believe that anthropology allows us to question dichotomies such as nature / culture, universalism / particularism, agency / structure and to construct theoretical and practical alternatives to problems that emerge from capitalism and development.