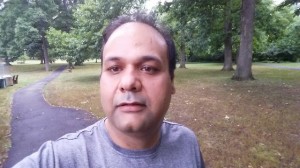 Ehsan received his undergraduate degree at Iran University of Medical Sciences and Health Services, Tehran, Iran. He also has a Master’s degree from the University of Tehran, Tehran, Iran and The New School for Social Research, New York, NY. Thanks to the Wadsworth International Fellowship he will continue his training with a PhD in anthropology at the State University of New York in Binghamton, Binghamton, NY, supervised by Dr. Thomas M. Wilson.

My journey in anthropology began in 1999 when I was accepted to the graduate program of anthropology in the University of Tehran. Since then, I have always been engaged with the field as student, academic, ethnographer, member of the Board of Directors of Iranian Society of Anthropology, and again student and adjunct in the United States. My Master’s thesis, which was focused on Iranian caravansaries, received the University’s Research Grant for its novel approach and scholarship. After earning my degree, I taught anthropology in Tehran and two other cities in Iran.

Between November 2005 and August 2012, I worked as an academic at the Department of Anthropology of Sistan and Baluchestan University in the southeast of Iran, at the country’s borders with Pakistan and Afghanistan. While there, I became interested in the question of continuity and change in Baluchestan: how has the Baluch society in this relatively arid and isolated area come to be what it is today? Besides teaching, I also conducted three long-term ethnographies on rural communities of Baluchestan.

In August 2012, I moved to the U.S. to attend the graduate program of anthropology at the New School for Social Research. I completed the Master’s program in May of 2014 and started teaching at Saint John’s University the following year.

In September of 2016, I entered the PhD program of anthropology at Binghamton University, the State University of New York, where I can work on my research project under the supervision of world-class experts in anthropology of borders, state, and globalization. I have envisioned a multidimensional entry to the question of change in Iran’s Baluchestan with particular attention to the vortex of three interrelated dynamics: international borders, state surveillance, and forces of globalization.  I seek to contextualize the economic transformation of the Baluch society within the broader frameworks of nation-state and globalized world. The Baluch merchants, for instance, have to cope with the challenges posed by their group historical modes of adaptation and emerging forces of modern governmentality and market economies. My study’s goal is to investigate the confluences and socio-political consequences arising from these challenges.