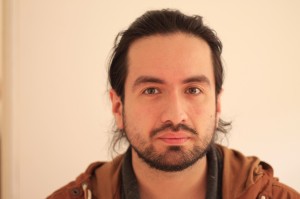 Ignacio Sandoval received his undergraduate education at the Universidad of Chile, Santiago, Chile. Thanks to the Wadsworth International Fellowship he will continue his training with a PhD in social-cultural anthropology at the London School of Economics and Political Science, supervised by Dr. David Graeber.

I graduated from Universidad of Chile in 2006 with a B.A in Anthropology from Universidad of Chile. After obtaining a M.A in Sociocultural Anthropology at Columbia University in 2015, I briefly taught anthropological theory at Universidad Alberto Hurtado in Chile. My work, strongly post-disciplinary and based in Santiago, Chile, has focused on two topics: (1) the relation between neoliberalism, class transformations and life projects; and (2) the metatheory on social and cultural forms, especially the debate agency-structure. Recently, I started a new focus on sex-gender regimes and their historical becoming.

My current research follows strategies and projects embodied in the life of different families living in Metropolitan Santiago, Chile. I pretend to explore the relations between historical macro-processes and the intimate transformation of agency, subjectivity and temporal dwelling. Particularly, I am interested on understanding the cultural bridges between everyday ethics and political engagement and how they mirror practices of elaboration, resistance and reproduction of the ideological and cultural discourses that had emerged after the neoliberal counterrevolution in the country.

I chose the doctoral program at London School of Economics and Political Science because I think is the best place to pursue several interests that come together in my research. First, the emphasis on the study of capitalism and inequality that had been prominent in the department during the last years. Second, the department’s focus on political anthropology, moral anthropology and the research around personhood and agency was also an important factor. Finally, the possibility of developing metatheoretical inquiries during my studies in the stimulating environment that LSE offers was the final reason for which I chose this program.

After completion of my dissertation, I intend to go back to Chile to keep strengthen anthropological research in the country and to collaborate in the developing of a more diverse and robust anthropological community. I expect to continue my work related to independent collectives of young researchers on the topics of class and capitalism, and also the intersections on political economy and gender-sex formations.