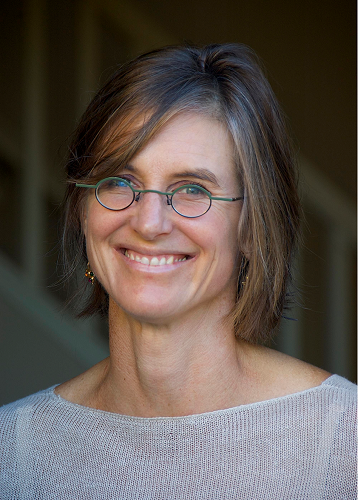 NEW YORK—With a commitment toward sustained leadership in defining the practice of anthropology, the Wenner-Gren Foundation for Anthropological Research has named respected anthropologist Danilyn Rutherford as its next president.

Rutherford is the chair of the Department of Anthropology and a professor at the University of California, Santa Cruz whose research and fieldwork has focused on questions of culture and power. She is well known for her work in the West Papua province of Indonesia and for promoting research at the intersections of the range of disciplines that make up the field of anthropology.

Wenner-Gren’s Board of Trustees approved Rutherford’s appointment at its spring meeting last month.

“Danilyn Rutherford has a vision of the broad field of anthropology, an exceptional record of accomplishment, and the creativity and drive to lead Wenner-Gren,” said Lorraine Sciarra, chair of the board and the head of the presidential search committee.

“Professor Rutherford’s incredible intellect and capacity for connecting people and ideas made her an exceptional choice for leading Wenner-Gren as the foundation continues to expand its role as a steward of anthropology across the subdisciplines,” Sciarra added. “Her innovative spirit will help the foundation make a powerful case for the ongoing importance and relevance of anthropology. The foundation is extraordinarily fortunate to have Professor Rutherford as its next president.”

As Wenner-Gren marks its 75th anniversary, Rutherford will create a new strategic plan for the foundation while continuing its functions associated with being one of the major funding sources for international anthropological research. These include directing programs for the foundation’s research grants and fellowships as well as conferences and symposia that are incubators of the newest ideas in anthropology.

Rutherford will work closely with the Board of Trustees, an Advisory Council of leading scholars in anthropology the foundation’s staff and external stakeholders.

“These are exciting times for anthropology, and I’m thrilled to have a chance to take part in shaping the discipline’s future,” Rutherford said. “There’s so much good work being done. Wenner-Gren is in a perfect position to create a space for conversation among anthropologists trained in different epistemological traditions. The best research in all the subfields combines rigor and curiosity. I’m looking forward to exploring ways we can find common ground by building on these key features of our scholarship.”

A commitment to core values and innovation

Rutherford said she has long respected Wenner-Gren’s commitment to funding a wide array of research across the four subfields of anthropology. “I’ve always admired Wenner-Gren’s commitment to supporting an intellectual ecology where different varieties of knowledge production can flourish. The discipline has always had blurry boundaries. We draw inspiration from fields ranging from biology to history to the arts.”

With an endowment valued at $165 million, the foundation provides more than $5 million in grants each year to support the field of anthropology around the world. This includes supporting anthropological research, academic training and education, collaboration between scholars, development of doctoral programs in countries where the field is underrepresented, innovative projects to raise awareness of anthropology, and conferences, workshops and symposia that bring scholars together to advance knowledge and address some of anthropology’s most pressing issues.

Rutherford said she is eager “to build on Wenner-Gren’s efforts to further deepen the impact of the foundation and demonstrate the significance of anthropology to a broad public audience beyond the field.” Since 1959, the foundation has published Current Anthropology, ranked as one of the top journals in the field in terms of impact, citations of its content and influence.

Recent innovations include providing open access to select Current Anthropology articles online and the launch in January of the SAPIENS news and commentary website, which is aimed at transforming how the public understands anthropology.

“I am impressed by Wenner-Gren’s efforts to cultivate new modes of scholarly engagement,” Rutherford said. “It’s a question of access. I believe that anthropologists have an ethical duty to speak in clear, compelling ways not only to their students and the broader public, but also to fellow academics in the U.S. and abroad. I’m honored to serve as the next leader of the foundation.”

Rutherford will succeed Leslie C. Aiello, who will retire after serving as the foundation’s president since April 2005. Aiello will become president of the American Association of Physical Anthropologists in 2017.

Under Aiello’s leadership, Wenner-Gren solidified its preeminent position in anthropology, expanded its commitment to research needs not met by other funding sources, and strengthened its strategic focus on programs to invigorate the field domestically and internationally.

Rutherford arrived at UC Santa Cruz as an associate professor in 2009 before becoming professor and chair of anthropology in 2011. She previously was an associate professor in anthropology at the University of Chicago, a principal researcher in the West Papua Study group sponsored by the East-West Center Washington and the Carnegie Corp. of New York, and a member of the Institute for Advanced Study in Princeton, NJ.

Rutherford has published extensively on a broad range of topics that include nationalism, Christianity, kinship, money, language ideology, affect, disability, and technology. She published Raiding the Land of Foreigners: The Limits of the Nation on an Indonesian Frontier in 2003 and Laughing at Leviathan: Sovereignty and Audience in West Papua in 2012. She has contributed to numerous books and authored dozens of journal articles, critical reviews and other publications.

Rutherford will serve as president-elect of Wenner-Gren until assuming the position of president in July 2017.