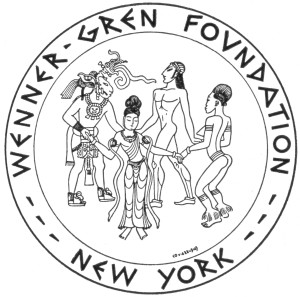 Through our programs, the Wenner-Gren Foundation provides funding for a wide variety of conferences and workshops that advance innovative research and address contentious debates within the field of anthropology. Below are information on three upcoming Wenner-Gren sponsored conferences, taking place in the months of June and July.

2012 Meeting of The Society of Africanist Archaeologists (SAfA)

Victoria College, The University of Toronto

The biennial conference of the Society of Africanist Archaeologists (SAfA) is the primary international venue for Africanist archaeology and meets alternately in Europe and North America. The conference covers the full range of topics in African archaeology from research on human origins through to the archaeology of colonial contact.  The 2012 meeting, to be held from June 20-23 on the campus of Victorica College at the University of Toronto, will be the first time the University of Toronto will host the SAfA meetings. The conference is supported by the Archaeology Centre at the University of Toronto and the Royal Ontario Museum and will be held on the campus of Victoria College. The theme of the 2012 biennial meeting of SAfA is “Exploring Diversity, Discovering Connections”. The archaeological record of the African continent is characterized by diversity. It is the goal of the meetings to bring scholars together who work across this vast continent to delineate the scale of this diversity as well as to explore underlying connections. To highlight this theme we are organizing a plenary session with participants in the Harvard Kalahari Project in which we they will be looking back at this project and how it succeeded in integrating disciplinary approaches.

Anthropology in the World

Anthropology is taught and practiced mainly within universities, and there are many excellent disciplinary histories which document the way that this has come about. However, its great importance outside academia in a whole host of areas of public life is less well charted. The aim of this conference is to redress this balance by examining systematically the various spheres where anthropology may be influential, including (but not confined to); medicine, human rights, gender, development, law, media (especially the visual media), tourism and heritage. This conference is international in scope, but has particular resonance in the UK, and indeed in Europe more widely, where there is a significant move toward channelling government funding away from arts and social sciences exclusively toward the hard sciences. We would argue that this is short-sighted and simplistic, but that the best way we can demonstrate the importance of the subject is to create the most public forum in which to demonstrate and discuss anthropology’s significance outside academia.

Anxiety is a fundamental characteristic of human nature. All living entities have biological devices that enable them to face danger (escape, aggression, concealment). This is often studied by the social sciences under the heading of ‘stress’. Human beings, however, differentiate themselves from other species through their reflexivity, which introduces an uncertainty that cannot be reduced to the consequences of their perception. The aim of such an EASA biennial conference is to gather various perspectives and understandings which are developed within the anthropological project. The conference will allow for both an intra-disciplinary appraisal of what anthropology lends to other disciplines (hypothesis, methods, perspectives), and for a critique of the constant reshaping of a profession caught between philosophical ambitions and technical expertise. The call for an anthropology of uncertainty and disquiet seems to meet this requirement to bring together anthropologists working on cognition and the biological foundations of the human, anthropologists developing phenomenological approaches to what living a life means and how it is performed, and anthropologists devoted to the endless task of making sense of the contemporary and the complexities of the social world.

This January: the 20th Congress of the Indo-Pacific Prehistory Association