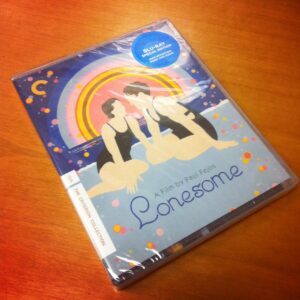 Paul Fejos (1897 – 1963) is a figure that looms large in the history of the Wenner-Gren Foundation, serving as original Director of Research of the Viking Fund and President of the Foundation until his death and providing much of the style and flair that drove the organization’s development in its early years.

Trained as a medical doctor in Hungary and coming to anthropology later in life by way of his keen interest in ethnographic filmmaking, Fejos had previously made a brief but successful career as a director under contract for Universal Studios during Hollywood’s so-called Golden Age. His most infamous and well-regarded picture, 1928’s “semi-talkie” Lonesome, sees its first home video release this month from New York-based art house publishers The Criterion Collection. We worked to provide Criterion with materials to help produce this seminal release, and we are very proud to see Paul’s films reach a wider contemporary audience.

Prized by cinephiles for its experimental technique and strong European avant-garde influences, Lonesome‘s DVD and Blu-Ray release comes at the tail-end of a recent revival of interest in the film and the colorful renaissance man who helmed it. Criterion’s edition includes a new digital restoration, along with Fejos’ 1929 silent The Last Performance, a photo essay on the life of the director, essays, interviews, and rare photographs, all wrapped up in Criterion’s trademark impeccable packaging. It’s a beautiful package that offers up a rare gem of the late Silent Era, as well as a piece of Wenner-Gren history.

If you are in New York City this weekend, there will be free screenings of Lonesome running throughout the day on Sunday, September 23rd, on Queen Of Hearts boat docked at Pier 36, courtesy of All Tomorrow’s Parties.

Read an essay included with the DVD release, “The Travels of Paul Fejos”, by McMaster University’s Graham Petrie.