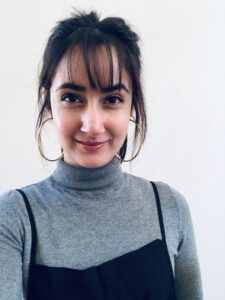 This month the Foundation would like to introduce Leyya Hoosen, who thanks to the Wadsworth African Fellowship will continue her PhD training in social anthropology at the University of Witwatersrand, Johannesburg, South Africa, under the supervision of Matthew Wilhelm-Solomon.

Islam in Johannesburg, South Africa, is shaped by multiple historical and contemporary migrations. While the Sunni sect of Islam predominates here, dynamic movements of Muslims into the city create fast growing populations of other sects of the religion, particularly Shia and Sufi influences. This brings great diversity to everyday practices of the religion. In addition, the advent of new forms of media and digital technologies reshapes everyday practices by making new connections and modifying gendered identities and spiritual ontologies. My research explores these re-shapings of narratives of Islamic practice in the context of the emergence of the so-called Fourth Industrial Revolution (4IR) with a view to unearthing ways in which Islam is re-imagined through future narratives.

To address the changes that come with 4IR, particularly in the context of the Global South and in a climate of severe Islamophobia, we need to think beyond simply the commercial implications of 4IR in order to understand its implications for narratives of lived experience. I explore (re)interpretations of Islam through its changing and adaptive practices, through ways in which Islam is (re)thought in the present and for the future, and how these (re)imaginings prompt a series of adaptations to lived religious practices. I focus on the influence of media and digital technologies on how Muslims engage with each other and with their religion as they reshape it to fit their current context. My study is located in diverse sites of Johannesburg which are underrepresented in the literature on Islam in this city.

By pursuing a PhD, I wish to add to local and global academic discourse regarding different and changing practices of Islam in this digital age. In this time of widespread Islamophobia, I wish to offer narratives that expand our understandings of Islam and how it is practiced and lived. I want to illuminate diverse factors – ranging from theologist and feminist movements to the re-imagination of Islam – which affect the negotiations of identity within Islam. This will enable my role as both a public intellectual in the Islamic community and a critical scholar of the severely under-researched new forms of Islam in South Africa in the wider context of digital transformation.