In 2019, the Wenner-Gren Foundation piloted the Wadsworth Institutional Grant in the Department of Anthropology at the Federal University of Rio de Janeiro, based in the National Museum of Brazil, the site of a devastating fire.  At a time when Brazil’s right-wing government has slashed budgets for academic research, this new program provides pilot funding and training in grant writing to doctoral students, who in the future will be increasingly dependent on international sources of support.  To select the students who would receive an award, the anthropology department at the Federal University held an internal competition, using Portuguese language proposals modeled on the Wenner-Gren application.  The six winners, whose work is featured below, received grants of $5,000 or less to launch a preliminary exploration of their topics.  They are now preparing to apply for Wenner-Gren Dissertation Fieldwork grants.  Through this program, Wenner-Gren is exploring ways to level the playing field, when it comes to the structural inequalities that give students from well-funded North American programs an unfair advantage in the competition for our awards. 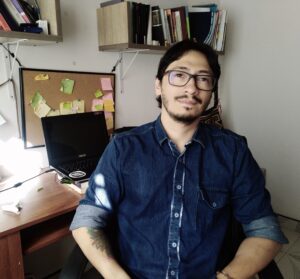 In search of the “Hicotea Man”: An Ethnography of the Amphibious Culture and Construction of a Peasant Way of Life.

La Mojana, is a natural, ecological region located on the Pacific coast in Colombia. It is known for its broad range of productive zones along the floodplains of the Magdalena, Cauca and San Jorge Rivers. It is in this wild setting — governed by land and water, floods and droughts, agriculture and fishing — that Orland Fals Borda described the “amphibious culture” of farmers he referred to as Turtle-Men.  Moving beyond Fals Borda’s analysis, I have sought in this project to explore the construction, as well as the capacities and limitations, of this amphibious culture and of “hicotea men” as an interpretive framework for understanding the contemporary way of life of the peasants who reside in the floodplains of the San Jorge River. I have also probed identity and everyday life and considered how processes of continuity, maintenance and transformation are shaped by often conflicting environmental, political and economic processes in a territory lacking clear boundaries between land and water.

The Fulni-ô People of the Brazilian Northeast:  An Ethnography of Possibility

I carried out the research reported on here among the indigenous Fulni-ô people (about 4,000 strong) who live in a transitional wilderness area in the state of Pernambuco in northeastern Brazil from November 2019 to April 2020. The research period was marked by an intense dispute between competing leaders, which resulted in a split between opposing factions and allowed me to observe processes of leadership transition firsthand.  My close relationship with the new shaman’s extended family and access to their social networks facilitated my research.  Because I was able to participate in the daily village life of the Fulni-ô, I obtained ethnographic data that shed light on socio-cosmological beliefs and emic perspectives, which has helped me to understand processes of social reproduction over time. Instead of simply describing mobility practices, my study is advancing understanding of the Fulni-ô by foregrounding the way in which they use mobility as a strategy to guarantee rights over the territory and resources that form the material basis of their ethnic identity.

In this research, carried out in Ilha de Moçambique and Nampula (northern Mozambique), I have focused on the relationship between people and spirits.  I have explored a phenomenon frequently encountered among women in this region, in which they take on a marido da noite (“night husband”) and suffer from doença de madjine (“spirit disease”).  Night husbands are gendered spiritual beings who engage in relationships with people and may manifest themselves in dreams or by possession, causing a series of effects, especially with regard to motherhood and sexuality. By following some of my closest friends in Ilha de Moçambique through their diagnoses and treatments, I have sought to understand how “spiritual marriage” takes place, why this expression is used to describe relations between people and spirits, and how these relations influence other affective relationships. To this end, I have established connections and comparisons between madjine rituals/drummings (ekoma ni djine) and female initiation rites (ekoma za quintale). I have also addressed the literature on gender and kinship in makhuwa/nahará matrilineal societies, which make up the regions’ main ethnic group. Through the study of relationships between women and their madjines, I intend to contribute to analyses of gender that not only examine power relations between men and women, but also consider relationships between humans and spirits that constitute a person. 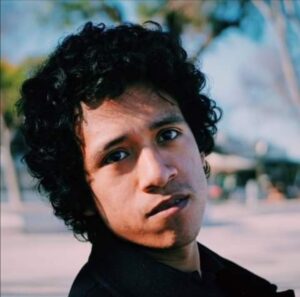 The hegemonic notion of mestizaje describes a process of hybridity between two discrete races/cultures, usually whiteness and indigeneity that results in the formation of a new “mestizo” race/culture. In this research, I have sought to challenge this hegemonic understanding by way of an Afro-Andean ethnographic theory of mestizaje from Zaña, a Peruvian district constituted by people who auto-identify as Afro-Andean mestizos, descendants of enslaved Africans and indigenous Andeans. Since Peru gained independence, its leaders have used classifications such as “the Peruvian mestizo,” “the Peruvian Indian,” and “the Peruvian peasant” to construct a national identity.  My intention is to introduce the notion of “Peruvian interculturality” into this conversation.  Peruvian society predominantly identifies as “mestizo.” However, paraphrasing Marisol de la Cadena, it can be said that in Peru the mestizo is a mestizo but not just that (De la Cadena 2014). Based on ethnographic research in Zaña and Subtanjalla, I am probing the Afro-Andean mestizo population’s ontological understanding of what mestizaje and mestizo are.  By focusing on the articulations between indigenous and Afro-descendants, this research will analyze the emic analytical concepts of grafting, graft, crossed and crossing, which are local words used to define mestizaje and mestizo, respectively.

Cosmopolitics, Transformation and Translation among the Yanomami of the Demini and Toototobi Rivers

I have been conducting research among the Yanomami in Brazil, more precisely among inhabitants of the region of the Demini and Toototobi Rivers in the Yanomami Indigenous Territory. My focus is on the dynamics of transformation activated through these inhabitants’ experience of the interethnic political relationships in which the Yanomami are involved, both in the forest and in the cities, where we can observe the interaction between two registers of political action.  My aim is to reveal constant and variable elements (and how these vary) in the communication between napë (“white”) politics and Yanomami politics.  Through an analysis of the translations – of terms, concepts and practices – performed on this relational interface, I am mapping the contexts associated with napë and Yanomami politics and exploring how these registers alternate in the spaces where the Yanomami act. 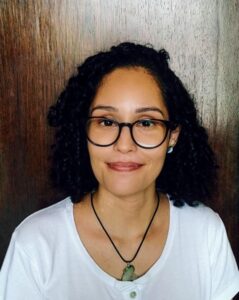 Rescuing the National Museum of Brazil: Between Collection Remnants and Curatorial Reinvention.

My thesis deals with the crisis surrounding the fire that ravaged the preeminent scientific institution of Brazil, the Museu Nacional in Rio de Janeiro. Working closely with interdisciplinary teams coordinated by the Rescue Group, my ethnographic study has focused on the process of recovering the remnants of the collections. Through an analysis of museum space and interviews with partners engaged in “aid policy,” I have examined rescue action protocols and their execution. This task has been especially challenging given that diverse collections, originally housed on three floors, have been lumped together. As a next step, I will reach out to the Museu de Arqueologia e Etnologia of Universidade Federal de São Paulo (Museum of Archeology and Ethnology of the University of São Paulo) and the Museu Antropológico of Universidade Federal de Goiás (Anthropological Museum of the Federal University of Goiás) to analyze the impact of the Museu Nacional fire on the broader scientific community and to create a network of collaborators to discuss strategies for the museum’s reinvention. In addition, I will visit the village of Karajá to explore the museum fire’s impact on its inhabitants and to better understand the relationship between the Museu Nacional and the people it aims to represent.