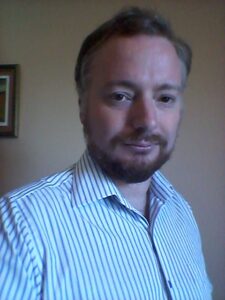 Tom Widger is a Postdoctoral Research Fellow in Anthropology at the University of Sussex. In 2005, while a student at the London School of Economics, he received a Dissertation Fieldwork Grant to aid research on ‘The Youth Suicide Epidemic in Sri Lanka: Causes, Meanings, Prevention Strategies,’ supervised by Dr. Jonathan Parry. Coming off recent publication of his research in South Asian Studies, we asked Dr. Widger about his project and his experience with the Wenner-Gren grant.

How did you first become interested in questions surrounding suicide, and what drew you to look at Sri Lanka specifically?

Well actually I was drawn to anthropology first, then to Sri Lanka and finally to the study of suicide. During my undergraduate degree in archaeology I’d taken a course in archaeology and anthropology, and read Jean Briggs’s Never in Anger: Portrait of an Eskimo Family, which simply fascinated me. Then I read a very different book, Anthropology, Development and the Post-Modern Challenge, by Katy Gardner and David Lewis. Both books together showed how long-term ethnographic fieldwork can produce extremely detailed descriptions of day to day life while still offering a rigorous method for addressing real-world problems – and it’s that approach I’ve tried to use in my own work.

After graduating in 2000 I applied to the MSc course in social anthropology at the London School of Economics. At the same time I joined a youth development programme run by Voluntary Services Overseas, a British charity. They’d partnered up with national youth organisations in Sri Lanka, Thailand and South Africa, and I just happened to be posted to Sri Lanka. I lived with a family in a village 70 kilometers north of the capital, Colombo, and worked alongside social workers. One of the issues they engaged with was youth suicide. What struck me at the time was not just the sheer prevalence of suicide in the local community but the ways in which it was so taken for granted. Having only read a bit of Durkheim by that stage I knew very little about social scientific, much less anthropological, theories of the problem. My acceptance letter for the LSE came through during this time and from that point I pretty much decided what my MSc dissertation would be about, as well as subject for a PhD!

Your project was a multi-sited study. What sites were included, and how did they relate to one another?

As an anthropologist how do you study suicide? It’s something that raises pretty extreme practical and ethical problems. I started off with a very traditional village-based study looking at kinship, marriage, caste, class and religion – the structural ‘stuff’ of everyday life in South Asia. Only after I was comfortable with the kinds of questions I could ask did I start looking more in-depth at suicide. I followed the whole ‘suicide process’ from the social and emotional contexts and conditions within and under which people in the area self-harmed or committed suicide, through the local emergency health and mental health clinics where survivors received medical care, to the local police station and coroners’ court where deaths were investigated and ‘causes’ established. By looking at how suicide was imagined as a problem across villages, clinics and courts, I could see how understandings of suicide were related to class and professional concerns, which in turn represented processes of modernization and globalization taking place in the country.

What unexpected challenges did you encounter during your fieldwork? How did your research questions and/or practices shift as a result?

Having come at the subject as a youth development worker, and read the statistics that suggested suicide was primarily a youth problem, I’d thought I’d focus on youth. But I soon realised there was no justification – and, the context of a long-term field study, no need – to exclude other groups. Anyway, the local level data I collected showed that while young people reported the highest rates of self-harm, the highest rates of suicide were found in middle aged men. This meant expanding my network of key informants – those incredibly good-natured and patient individuals on whom anthropologists rely for the bulk of their facts and opportunities for cross-checking facts – so I could explore the lives of older people too.

Three months after arriving in Sri Lanka the ‘Boxing Day’ tsunami struck, killing at least 30,000 and displacing thousands more. Fortunately the area where I was working, on the west coast, was untouched. But of course for a few months afterwards people understandably had other things to concern themselves with than my questions. Yet anthropology is all about chance happenings and one consequence of the tsunami was the sudden expansion of mental health services where few had existed, including in my fieldsite. The new class of mental health professionals on the scene quickly got involved in suicide prevention too, sparking off a process of ‘medicalisation’ that’s still on-going. So the tsunami had the effect of significantly transforming how people in the clinical arena understood suicide and how suicidal people were managed by the state. This subsequently became a major focus of my research.

You argue that there are four possible readings of the country’s suicide rate. What are these readings, and how do they impact anthropological thinking about suicide?

As an anthropologist I’m interested in how ethnographic knowledge – deep insights into ‘small places’ – can help to illuminate much wider and general trends. The Sri Lankan suicide rate is comparatively ‘famous’ in suicidology circles, first because it spiralled to epidemic proportions from the 1960s to the end of the 1990s (when it was second highest in the world), and then because after 1996 it suddenly dropped. Since then, however, the rate of attempted suicide has increased massively – according to some figures by 300%. So it seems that while people in Sri Lanka are today less likely to die by suicide, they are just as likely – if not more likely – to self-harm. To date there have been three separate readings of the Sri Lankan suicide rate proposed in the literature – social, methodological and cultural – and none of them can adequately explain this.

The social reading has been proposed by a number of sociologists is based on Durkheim’s classic theory of anomy. Although the social reading can explain the rise in the suicide rate it can’t explain the fall, mainly because the conditions said to have caused the rise (e.g. modernisation processes) didn’t suddenly disappear after 1996. The methodological reading, proposed by epidemiologists and toxicologists, shows how both the rise in the suicide rate corresponds with the widespread adoption of particular kinds of poisoning in the 1960s (farming chemicals) and the 1980s (yellow oleander seed poisoning) as primary methods of self-harm. They ‘ve also shown how bans placed on the most dangerous pesticides in the 1990s, improved emergency care over the decade since, and an apparently spontaneous shift from pesticides to paracetamol as the poison of choice, correspond with the fall. This suggests the rise and the fall was simply the result of shifting methods of self-harm rather than conditions of anomy.

The cultural reading also suggests this. First, there’s some partial but very suggestive historical evidence going back several centuries pointing to the widespread use of self-poisoning as a ‘weapon’ in the context of interpersonal disputes. In those cases people swallowed a particular kind of plant, the antidote to which grew abundantly in local environments. Secondly, modern ethnographic evidence shows the use of self-harm for very similar reasons, although principally as a way of dealing with shameful accusations and a kind of social and karmic ‘one-upmanship’ against people with whom one is in dispute. The limitation with this theory is that it suggests a fairly static, ahistorical view of the meaning of self-harm for different kinds of people. Is it really the case that people in Sri Lanka think about self-harm in the same kinds of ways?

In a recent article I’ve proposed a composite view that marries the three different readings and sets them within a fourth reading I’ve developed from Weber’s theories of social action. My reading suggests that methodological, social, and cultural interpretations represent short-, medium-, and long-term effects on the suicide rate, underpinned by conditions of moral change. Drawing from my work at village level, I’ve argued that different social classes have ‘affinities’ for different kinds of suicidal practice that can very simply be described in terms of ‘withdrawal’ from the world and ‘protest’ against the world. Favouring one or the other depends on how people imagine the causes of their problems and the likely efficacy of suicidal acts. While bearing in mind the effects of social, methodological, and cultural changes in society, I argue that shifts in how people make moral evaluations of suicide and self-harm at local level can have effects on the suicide rate at national level. My reading tries to enliven anthropological theories of suicide which have remained relatively undeveloped when you consider the amount of work that sociologists and psychologists have produced over the past century. It shows how even suicide rates can be considered artefacts for anthropological study, if we think of them in terms of the micro-level social processes and practices that give rise to them.

What’s next for this line of research? Are you planning on revisiting your site or expanding the project in any way?

I’ve had the fortune to revisit my fieldsite on several occasions and also to engage in a second piece of long term fieldwork in Sri Lanka – this time as a post-doctoral fellow looking at charity, philanthropy and development in Colombo. There’s still much more to publish from my suicide research, and first on the agenda is a monograph which I’m currently finalising.

The work I’ve done on suicide in Sri Lanka has shown how valuable a wider, cross-national piece of work in South Asia could be. Asia produces at least 60% of global suicides and within that South Asian countries continue to report some of the world’s highest suicide rates. Yet globally, 90% of suicide prevention resources are spent in countries that report just 10% of suicides worldwide, mainly in Europe and America. Suicide prevention resources are, then, very thin on the ground in the countries which need them most, and the theories of suicide used by prevention workers in the region tend to be based on Euro-American theories. There’s an urgent need to develop culturally-relevant, resource-sustainable suicide interventions across South Asia, and I think anthropologists can and must play a central role in that process. I’m building an inter-disciplinary consortium of suicide researchers and prevention experts with the aim of working towards this.