Interview: Rosana Pinheiro-Machado of the University of Oxford 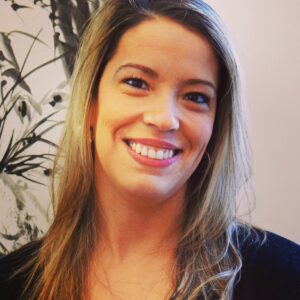 Rosana Pinheiro-Machado is lecturer in Anthropology of Development at the University of Oxford. In 2005, while studying at the Federal University of Rio Grande do Sui in Porto Alegre, Brazil, she received a Dissertation Fieldwork Grant to aid research on ‘Made in China: Commercial Practices among Chinese Immigrants in Ciudad del Este, Paraguay,’ supervised by Dr. Ruben G. Oliven. We spoke to Rosana to learn more about her work and her journey from Brazil to Oxford.

How did you originally become interested in anthropology and your area of specialization?

I come from a left wing Brazilian family and this directly influenced my academic choices. Social Sciences was the course I chose to enhance my knowledge for a career in politics that I had planned (in Brazil anthropology belongs to social sciences; it does not integrate the 4 fields). In the first year of college, I received a scholarship to be a junior researcher in a project in urban anthropology. This engagement with anthropology changed the course of my life. I then focused on my academic life and distanced myself from political career. I was increasingly incorporating ethnography and anthropological theory as a way of perceiving the world.

The choice of my research object was affected by the Marxist education I had received since childhood. In my 20’s I was interested in the study of labor, class inequalities, and the informal economy in Brazil. I then began to do ethnography among a group of street vendors who trade fake goods and/or cheap goods “made in China”. I carried out ethnography in this context for many years; not only in the street markets, but also following the trades on their trips to Paraguay, from where they smuggled their goods. So I began to follow a long thread, which would lead me to follow the commodity chain from Brazil to China, through Paraguay. This task took almost ten years; and it was not therefore only a research project, but equally a life commitment.

What role did Wenner-Gren play in your success as an Anthropologist?

I studied in a public school in Brazil, meaning I received one of the worst education possible, suffering from a shortage of teachers, among other problems. I left the school with learning gaps. After some time, however, I was enrolled in one of the best public universities in Brazil (UFRGS), where I received a top training in social anthropology. At both undergraduate and graduate level I received the grade suma cum laude, which allowed me receiving scholarships from the Brazilian government. This support was fundamental, but only enough for my livelihood. It was not enough to boost my project. I needed to expand my research internationally and track commodities globally: from a street vendor’s stall in Brazil to its factory in China. It required studying languages, importing expensive books on China and, mainly, travelling from west to east in the world. Thus, I had to fulfill not only my personal gaps, but also the lack of a field of Chinese study in Brazil. I started to compile information on China all by myself, from scratch, groping blindly in the dark.

In 2006, when I received the grant, I was in my mid-20s. I still remember the precise moment when the award letter arrived in my place. It was one of the happiest moments in my life because it was not only a matter of money, but freedom. At that time, I could barely speak English, let alone Mandarin. With the grant, I spent a year in Paraguay studying the Chinese migrants who import goods from their hometown, and another year in China. In those places, I studied both Mandarin and English. An international world opened up for me! With my budget, I could equally import dozens of books on China, and then I created my own library (which will be donated to a research center in Brazil). Wenner-Gren played a decisive role in my career. Objectively, the grant provided me resources to put in practice a long, ambitious and expensive project. I think I didn’t receive only funds: I received encouragement and a good dose of self-esteem.

Beyond the grant itself, I counted on the integral support of Professor Ruben Oliven: my supervisor, a prominent Brazilian anthropologist who inspired me and propelled me forward. I would add the role of the British anthropologist, Professor Daniel Miller, who generously received me in his department in 2008 and gave me all encouragement while I was writing up the dissertation. My success as an anthropologist is a result of people and institutions that supported my path.

How has your work been received in Brazil?

The reaction to my research has been extremely positive. However, I think there is a huge difference between a positive reception and an effective policy of retaining promising scientists in the country.

My work was honored by many very prestigious Brazilian institutions: The Human Rights Prize (Ford Foundation and Brazilian Anthropological Association), the best PhD dissertation in Social Sciences (Brazilian Association of Social Sciences), the best dissertation in Anthropology/Archeology (Ministry of Education) and finally the Grand Prize, the best PhD dissertation in Brazil (Ministry of Education) in which my work competed with thousands of dissertations produced in Brazil in 2009 in 23 fields of knowledge. This recognition resulted in the book Made in China published in Brazil in 2011. I was also awarded a grant by the Brazilian government to do research abroad, which allowed me to spend a year as a visiting scholar in the Fairbank Center for Chinese Studies at Harvard (2012/13). Such recognition of my work is a result of an important moment of Brazilian anthropology and its internationalization process, as well as the interest there is for China in Brazil today.

On the other hand, even though there is a rising interest in China, this debate on China in the anthropological field is relatively insignificant. Due to the Brazilian nation-building, Africa, for example, is a region that attracts more anthropologists than Asia, whose bilateral ties are just beginning. I intend to remain committed to the field of Chinese studies in Brazil, analyzing the relations between Brazil and China as emerging countries in the international system. However, it will have to be done initially from outside, where I found better work opportunities.

How has it been adjusting to life at Oxford?

Outside Brazil, I applied unpretentiously for some jobs at some of the most prestigious universities in the world. I was surprised to have been shortlisted for all posts for which I applied. This was very important to me in order to measure if I had reached a desirable level of international excellence. When I saw the post for lectureship in Anthropology of Development in the Oxford Department of International Development (ODID), I prepared with body and soul. The competition was enormous, but I think that there was a natural encountering of mutual expectation. For the Department’s scope, and its focus on developing countries, one of the critical points of my work is to problematize the human costs of being an emergent nation as well as its intrinsic contradictions. Working with international development, somehow, takes me back to my own roots and political interests. In Academia, I found my way of doing politics. It is researching and teaching that I found means to pursue a more balanced world. After all, this was the means through which I changed my own world.

Now, Oxford is hiring a Brazilian anthropologist who had all her training in Brazil. This is not an isolated case, but a result of a wider process in the international system as whole, whose boundaries between the Global North and South are blurring little by little.

What are you working on right now?

I am concluding the English version of my book in which I describe how the post-BRICS/TRIPS* era is drastically impacting the global commodity chain I had originally studied in my PhD dissertation. The global enforcement policy against piracy and Brazil’s eagerness to be a powerful player in the international system are fragmenting that chain. I am also working on a paper in which I compare the development model of Brazil and China based on the importance assigned to the informal economy and intellectual property in both countries. In addition to my research outcomes, I am involved right now in an online debate on Cultural Anthropology Journal (Hot Spot session) about the Brazilian Protests of June. My main goal in the next five years is to keep publishing in English and then spreading my work for a broader audience, contributing to the understanding of Brazilian and Chinese development models from an anthropological point of view.

Interview: Christine Schreyer and the Linguistics of Kryptonian