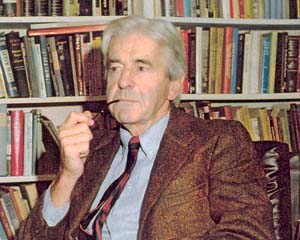 We are saddened to announce that Dr. Frank Wadsworth, former Trustee and Board Chair, passed away on August 8, 2012.

Frank Wadsworth worked tirelessly for the Foundation from 1970 to 2006.  Throughout his tenure, beginning as a promising young English professor who brought fresh ideas to the Board, through the long period of his inspired leadership, to his later years as elder statesman and astute advisor, he was a guiding light for Trustees, four presidents, staff, and anthropologists associated with the Foundation. His thirty-six years of service included ten years as Chairman of the Board of Trustees (1977-1987), ten years as Vice Chairman (1994-2004), membership in the Executive Committee since its inception (1992-2006), Chairman of the Nominating Committee (1986-2004), and crucial roles on three presidential Search Committees

During the time he was Chair of the Board, he steered the Foundation through a period of profound crisis and more than anyone else in the Foundation’s history, is responsible for its survival and wellbeing. He had to make decisions that were hard and unpopular at the time, but were instrumental in putting Wenner-Gren on a sound fiscal basis. Through his scholarly integrity and personal grace, he also restored the trust of the anthropological profession in the Foundation and its activities. His diligence, courage, wisdom, and dedication ensured that Wenner-Gren would continue to benefit anthropology long into the future.