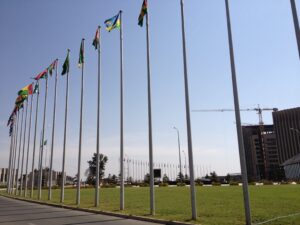 M. Kamari Clarke is Professor of Anthropology at Yale University. In 2009 she received the Post-Ph.D. Research Grant to aid research on ‘Negotiating Justice: The International Criminal Court at the Intersection of Contests Over Sovereignty’. Last year, she received the Engaged Anthropology Grant to travel to Addis Ababa, capital of Ethiopia and home of the African Union Commission, to share her research on the ICC and international law in African contexts.

It is undisputed that African States have played, and continue to play, a crucial role in the development of international criminal justice. Over a decade after the adoption of the Rome treaty, Africa has continued to be a central player in the pursuit of international criminal justice. African countries comprise the largest single group of States Parties to the ICC and, through the African Union (AU), in June 2014 they also adopted a protocol to establish the African Court of Justice and Human and Peoples Rights (African Court). This protocol sets the framework for the establishment of a regional court with both civil and criminal jurisdiction.  With a mandate that spans not only the crimes of genocide, war crimes, crimes against humanity and – when in force – the crime of unconstitutional change of government, it also includes a range of transnational crimes including toxic dumping, mercenarism, drug trafficking, illicit exploitation of resources and piracy. Although Africa continues to be a key player in the fight against impunity, the reality is that both the ICC and the African Court are new institutions undergoing resistance, scrutiny, and amendments of its many articles.

A central goal of the African Geographies of Justice project was to highlight both the relevance and the limits of these courts as the basis for justice.  The African Geographies of Justice Engaged Anthropology project allowed me to travel with my collaborator to Addis Ababa where we worked with the African Union Court legal counsel to further develop the technical aspects of the treaty provisions of the new protocol of the African Court. During my time in Addis Ababa, I participated in a workshop that helped to set the foundation for what has been a larger collaborative research endeavor. 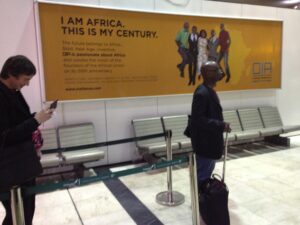 My colleague, Charles Jalloh and I were invited to develop, construct, organize and participate in an international criminal workshop entitled, African Geographies of Justice: African Court and Heads of State Immunities. The goal of the workshop was to examine the African Court and Heads of state immunities question in relation to Africa’s emerging African peace and security landscape and its political history. By providing historical, political and legal analyses of the African court heads of state immunities debate participants were able to fully assess the prospects of justice in Africa in its complexities.

The workshop took place over a three-day period from November 19th to 21st 2014 at the Hilton Hotel in Addis Ababa, Ethiopia and the planning for the event leading up to workshop took place over a twelve day period. For the workshop itself we began with a reception on the opening day and the sessions followed on day two and three with plenaries and panels on select themes.   The themes ranged from the historical and political context of heads of state immunities and the historical application of universal jurisdiction and extradition in international customary law to sessions on the relevance of international criminal law in Africa to discussions about the expansion of the African court with criminal jurisdiction, core and transnational crimes, issues of complementarity, and matters related to the obstacles and possibilities for pursuing justice in African regional and sub-regional courts.  The sessions also provided detailed legal and political analysis for understanding the challenges of effective regional justice mechanisms in Africa. Over the course of the three-day period I shared my research findings and solicited input and feedback.  I also offered feedback to others engaged in analytic and policy work with the African Union.

According to our sign-in records, a total of sixty-two people attended the workshop over the three-day period. The majority of participants were from the diplomatic and research/academic communities in Addis Ababa.  There was also a range of civil society representatives and members of the African and European Unions in attendance. Various embassy representatives, from countries in Africa and Europe, attended with great interest in being more fully involved next year.  Experts involved in the training included the International Criminal Court’s Office of the Prosecutor, the Pan African Lawyer’s Union drafter of the Malabo Protocol, Academics in international law, social and political science academics, lawyers at the UN legal office, a judge from the ECOWAS court in Abuja and former and current defense attorneys at the ICC and various ad hoc tribunals in Africa, and an ISS researchers involved in Peace and Security issues at the African Union. 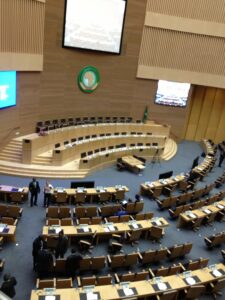 The Geographies of Justice workshop was a great success. The feedback that we received from the participants suggested that it provided them with rich contexts for understanding the place of social science and legal research in such international and regional sites of decision-making. Many told us that they appreciated the presentation of the various sides of the immunities for heads of state debates, and that they learned a tremendous amount about the challenges and possibilities ahead for the institutionalization of international criminal justice in Africa and beyond.

The generous support of the Wenner-Gren Engaged Anthropology Grant has provided me with the opportunity to begin to develop a longer-term African Court Project in collaboration with the Pan-African Lawyers Union (PALU) and the Open Society Initiative—West Africa. As a result of the funding received from Wenner-Gren to conduct a research study and present my findings I have been engaged in the writing of Opinion Editorials for the New York Times. Very recently I published a New York Times op-ed piece entitled, “Justice Can’t Prevail in a Vacuum”, which was included in the Room for Debate on A Global Court’s Effectiveness. I also contributed an article entitled, “Accountability and the Expansion of the Criminal Jurisdiction of the African Court” to the second Arguendo Roundtable, which is an online discussion among experts on the future of the African Union and International Criminal Court.

The Wenner-Gren grant was an important success paved the way for me to share my findings with my interlocutors and to develop longer lasting collaborations with a range of informants in my fieldsite.